Letting you know what is going on

And so it begins… again

Why do we do this to ourselves?

I think, largely, it is because writers are gluttons for punishment. We’re never happy, and if we should be then we will find something to keep us down. And what better way than to start a new project?

Read a 1-star review of our work, you suggest? Yes, that is a good plan, too… Unless you get the kind of 1-stars you’re proud of (and I have been, lately… I’ve really liked them).

I am lucky this time around in that I’ve written two previous books in the same series I’m continuing on, so I have a decent string of events I already know I need to cover to tie off the loose ends. But END_OF_DOCUMENT_TOKEN_TO_BE_REPLACED

We have had a highly successful promo campaign already, and HEALER’S TOUCH is still free for the rest of the month! And after a little BookBub boost at the end of last week, there have been a ton of downloads… I mean that. LOTS. And some of those downloaders have read it already, and some of them have even liked it. And people are, understandably, asking about Book 2.

Well, I have been working on WARRIOR’S TOUCH since before HT even hit the shelves… yeah, that long. Some fifteen months to date. It hasn’t been an easy ride. There have been some parts of the book I’ve been so enthusiastic about, but that just haven’t worked. And there are other bits I’m so excited about and I can’t wait to get them out there. And then there are the slightly less exciting point-A-to-point-B parts… They’re OK. I’ll shine them up a bit by the end.

The point is, I have END_OF_DOCUMENT_TOKEN_TO_BE_REPLACED

… When you read a really awesome review and you just keep going back to pinch yourself and remind yourself that the reviewer was talking about YOUR BOOK!

is my favourite line from a review ever (so far… shut up).*

Because I am a fan.

Do I set out to write like Joe Abercrombie? Well, maybe, because I love his work and I want to love my work (but I don’t know if that is ever really possible for an author to truly LURVE their own output… because we can always see what it was meant to be). I’ve nearly finished reading all his currently published works… then I will be sad… but more is coming out, so I will be happy (yay!).

Anyway… in another sense I don’t set out to write like Mr. Abercrombie, because, well, I like sexual tension and romance in stories, and so I write stories with these elements appearing fairly central to the overall plot. It often makes me wonder if I’ll find much of an audience. I mean, some elements of my stories probably appeal to those who like dark, gritty themes and violence and whatnot, while other aspects of my stories will appeal to those who dig romance and sex… Is there an audience for both? Well… there’s me (o: I’m not entirely unique… Somewhere out there, are others like me, and just maybe (please!) they feel like reading something I write….

And so… I continue to write… Just in case.

* my deepest apologies to my other reviewers, because I TOTALLY dig your work, too… it’s just… it’s just… yeah, I can’t dig myself out of this one. But don’t get me wrong, I’ve loved plenty of reviews – the passion with which some people can talk about my book… wow… just wow. Y’all are awesome.

… and I believe it really will be!

Anyway, without further ado, here is my New Year gift to you… the eBook Cover for Healer’s Touch!

Healer’s Touch is growing up into a REAL book

So, now seems to be the time to think back on 2012 and look forward to 2013. I think it’s pretty obvious what 2013 will bring for me. The release of END_OF_DOCUMENT_TOKEN_TO_BE_REPLACED

Dusting the cobwebs away…

Things are a little quiet around here. That’s because I have decided that THE most important thing I do right now is write Book 2 (well, after “be a mother to my son”, oh, and, you know, “be a wife”).

Some work on Healer’s Touch is taking away from my writing of new stuff — I have to make decisions on cover design and the like. But that is coming to a close now, and I am very lucky to have my publisher to do a lot of that work for me (like the back cover copy!). Sure, I put in my two cents here and there, and then I leave most of it to them.

Yes, a big part of me wanted to self-publish so that I could have all this control over the whole process. But the reality END_OF_DOCUMENT_TOKEN_TO_BE_REPLACED

…And Kristell Ink are looking for readers. Obviously, there can only be so many free copies given away, and it may be more than a matter of “first in”…

Anyway, this is from Kristell Ink:

Soooo … we’re after some reviewers for our January release. Do you have time to read a fantastic fantasy book for us? We’ll supply the ARC if you supply the review.
send me an email – contact@kristell-ink.com and I’ll get the copy to you asap.

Where are things at right now? Well, the cover illustration is complete, and I think we’ve picked the font for the title/author text. Now it’s just a matter of a little styling.

Welcome to the Team…

I would like to welcome to the Healer’s Touch team…. dun dun duuuun… Matt Donnici.

Matt is working (like, right now!) feverishly on a cover illustration for Healer’s Touch! How mega exciting is that? Yeah! Mega MEGA exciting! We’ve been discussing concepts and finer details the last couple of days, and Matt has done amazing work shaping his initial sketch into something that looks really promising. Really promising. I’m excited. Can you tell? END_OF_DOCUMENT_TOKEN_TO_BE_REPLACED

Bear with me for a little while, I’m doing a little housekeeping here with visions of improving my blog/website overall. I see that the new theme makes some of my older posts look a little funny. I shall play around with the settings and see how we go! 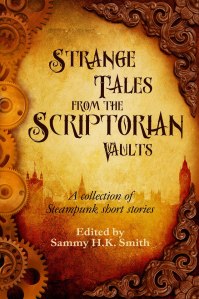 You know all about the fact that my story Healer’s Touch is due to be published, and that it is being published by the new, and just as wonderful, Kristell Ink. I know you know, because I keep telling you!

Well, before we get around to that wonderful event (it’s coming, though … we’re nearly half-way edited, and we’re onto Cover Design!!), Kristell Ink is releasing a couple of other titles. In fact, they are both released this month!

First up is the Steampunk Anthology of short stories, Strange Tales From The Scriptorian Vaults. First up, here’s the blurb:

When the newly-promoted Sergeant Crystal Lewis and her military team loops to a parallel world, they discover a London very different to those their agency have investigated elsewhere. Steam powered ships fill the sky, metal creatures scurry through the streets, and the Great Library is now nothing more than a burnt out shell; the history, knowledge and literature of the world has been destroyed. Crystal’s investigations discover the records of the Scriptorians: elite explorers, scientists and chroniclers, chosen for their wordsmith abilities, their tenacious belief in uncovering the truth, their passion for the bizarre and baffling. There is some evidence that these mysterious adventurers, fighters and writers also discovered the technology to loop and visit other parallel worlds. Here are some of their tales…

Zoë Harris offers us a vision of feminism taken to extremes, while Ken Dawson has the epitome of the pushy parent at the heart of his story; Jake Finlay’s and Ross Kitson’s stories are concerned with moral dilemmas in research and medicine and both consider the nature of immortality; Steven J. Guscott gives a novel twist to the Frankenstein story; David Muir’s central character is an apparently immortal warrior; on lighter note, Paul Freeman gives us a hero easily swayed by a pretty face and adventure, and Robert Peett shows a world of strange invasions, infections and mutations, and at the end, Sammy H.K Smith shows how it all began with the daring Lady Pippa Raven – the first true Scriptorian.

Well, there you go. That’s straight to the point. Go look-see. Buy, buy!

Why don’t I have a story in there? Because I haven’t had the time to write many short stories on the side. Those that I do take a lot of effort. I have one Short Story that is Steampunk and is a side-project for the Healer’s Touch story, or whatever I end up calling the series. But it didn’t fit with the mood of this anthology, so that is why you won’t find it in there.

Anyway, back to working on Book Two while I have a moment’s silence in the house.
And I’ll tell you about the next release soon!

I have got to say, starting a whole new novel is scary stuff!

I’ve learned so much through writing Healer’s Touch that I’d love to think I can apply to this new book earlier on, with the intention of completing and publishing in a shorter time than I have HT. The good ol’ “Easier said than done” comes to mind right about now. When I think about story structure and outlining, I find myself a little bit paralysed. There is no doubt about it, I applied tried-and-true story structure theory I learned from Larry Brooks, and outlining techniques I learned from all over the show (seriously, too many references to even list any … if you search it, you’ll come across many influences I used), to complete HT. But, the simple fact remains, I started out pantsing it. I started with a couple or three characters and a vague idea of where I wanted them to end up. The story grew around them, and they within it. END_OF_DOCUMENT_TOKEN_TO_BE_REPLACED

--
Submitted to Kristell Ink. Waiting to hear what changes they request.

Llew has a gift. Her body heals itself from any injury – but at a cost to anyone nearby.

Sign up to find out when my next book is due out, and get a few exclusive early peeks... 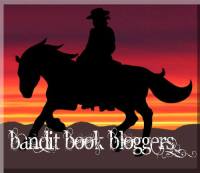 Find what you're after:

Such A Novel Idea
Daphne Shadows

One person's nitty-gritty, icky-sticky, goopy-soupy creative process. No one said it had to be pretty.

A Professional Thrifter Who Writes A Story Or Two

Lost Inside The Covers

Reviews and musings about books, reading and life

The hour is nigh.

Several Novels in Search of a Publisher